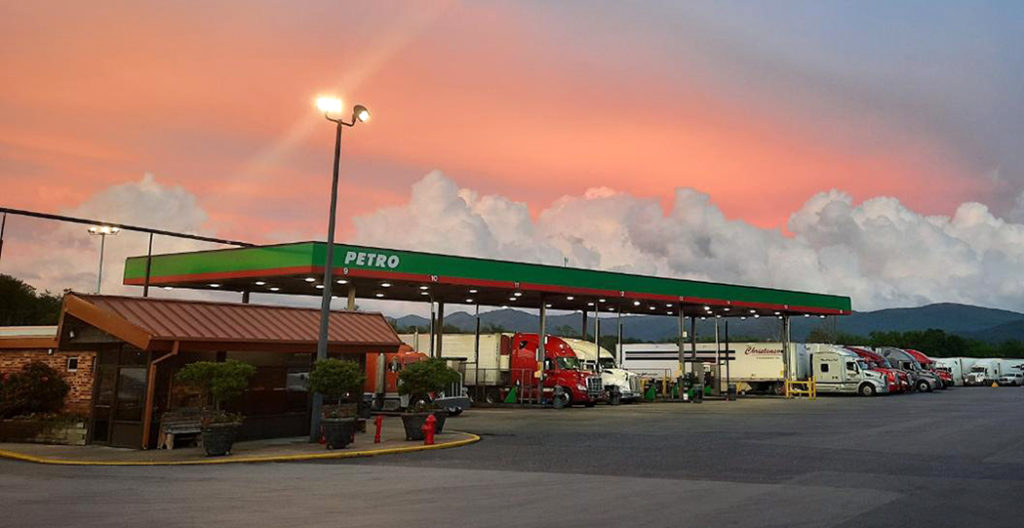 It’s winter again and our part of the country (Pennsylvania) has seen no shortage of snow so far this year.  When the season is over, we often find lasting damage in the form of corrosion on the cab floor of many trucks.  Calcium chloride and magnesium chloride are great at melting ice, but they accelerate corrosion, too.  We’ve seen them rust both from the underside with salt spray, and from the top down, with the salt that you track in on your shoes.  Oftentimes mud, dirt, and other road debris combine with the salt and water to cake on the underside of your cab, holding in the moisture, and creating the perfect combination for rust.  Not only will rust ruin the structural integrity of the cab, but it also provides areas for dangerous fumes to enter.

To avoid rust, it’s best to wash your truck at least once a week in the winter months.  Our neighbors at Long Haul Custom Detailing do a wonderful job cleaning the inside, underside, and the outside of trucks after a long hard winter.  Another solution is to use a standard lawn sprinkler attached to a garden hose (when the temperature is above 32 degrees).  Just turn the sprinkler on and leave it directly under your truck, moving it around every few minutes, to make sure you don’t miss any spots.  It’s much easier than crawling under the truck with a hose.  Several chemical companies make a form of cosmoline, a wax-like petroleum-based corrosion inhibitor, that you can spray on areas prone to rust.  It’s much easier to prevent rust than to repair it later.

Changing your fuel filter is an easy job that should be done every 30,000-35,000 miles according to the engine manufacturers.  However, I feel that is too many miles.  We often have trucks come into our shop with the complaint of low power, and they want to run it on the dyno.  Once we confirm the power is low, we check fuel restriction.  If it’s high, we change the fuel filter, run it on the dyno again, and often the power is back to normal.  That became an expensive fuel filter change.  It’s an easily overlooked maintenance item, but if ignored, it will have a dramatic effect on the performance and mileage of your engine.

We recently had a DD15 in the shop with a badly clogged fuel filter.  The customer brought it in because of poor performance, both in power and fuel economy.  Changing the fuel filter on a DD15 is fairly simple – all you need is a half-inch wrench, a 36mm socket, a fuel filter kit, and a small drain pan.  The fuel filter is located on the driver’s side of the engine to the right of the intake.  You will need to remove both the fuel filter cartridge and the pre-screen cartridge.

When you unscrew the cartridges, let them drain before taking them off, because they will be soaked in fuel.  Once you remove the filters from their lids, replace both O-rings from your kit.  Fuel will often deteriorate these gaskets over time.  Next, install the new fuel filter and pre-screen filters on their lids – they should snap into place.  Then, grease both O-rings so they don’t leak and reinstall the fuel filters.  Check the torque specs, but for the DD15 engine the filters should be tightened to around 41 pound-foot.  The last step is to prime the pump (it may need up to 300 pumps or until you feel some resistance).  That’s it!  Go ahead and start her up.

We recently had a DD15 equipped Western Star with 196,000 miles come in the shop with three error codes.  One said “DPF Zone 2” (the DPF filters), another said “Boost System Error Deviation Low,” and the third said “Exhaust Gas Recirculation Slow Response.”  We then noticed a lot of soot on the coolant overflow bottle which led us to a leak on the EGR crossover pipe.  We did a boost test, which does not include the crossover pipe, so the rest of the system was fine.  There was a clamp loose on the crossover pipe, so we cleaned and fixed the clamp and boot.  We then checked the codes and found they were still active.  So, we then removed the delta pressure sensor and found it was full of carbon buildup.  We cleaned the sensor and forced a regen, which resulted in all the codes being cleared.  Sometimes you run into other issues that need to be fixed, that aren’t the true cause of the problem, so more investigation is required.  But now you know, if you see these codes, you will have an idea of what to check first.

We recently welcomed a new Max Mileage distributor, and since they are one of the largest independent owned travel centers on the East Coast, we thought you might want to know more about them.  White’s Travel Center is conveniently located just off Interstate 81 and Interstate 64, Exit 205, in Raphine, VA (see photo below).  Featuring a variety of restaurants and driver amenities, they were opened in 1970 by Dave and Peggy White – and the business has grown over the last 50 years.  In 2010 ownership changed hands to the Berkstresser family, who added many new dining options and healthcare services, including chiropractic, dermatology, dental, and doctors that cater to drivers.  The 25,000 square foot facility has everything you need, and now also carries our Max Mileage Fuel Borne Catalyst.

If you are further southwest on I-81 near Greeneville, TN, we have another dealer – Davy Crockett TA Travel Center.  Like White’s, Davy Crockett is family owned and operated (the same family has run the business since it opened in 1976).  Nestled in the picturesque Tennessee mountains, they have all the amenities you’ll need, and you will also find our Max Mileage product available in their store.

Another new independent dealer is Alexandria Enterprises in Lebanon, TN.  The owner’s name is Amgad and his phone number is (310) 415-2050.  He or his wife will be glad to meet you at a convenient place for you to stop and pickup your product.  Amgad is a car hauler and he is from Egypt.  If you have time, he is a very sharp individual who has been very successful here in the USA.  It would be worth your time to have lunch or dinner with this man and listen to what he tells you about our great country – now more than ever!  To see all our available products and services, please visit our shop in Saxonburg, PA, call (724) 360-4080, or go to www.pittsburghpower.com.