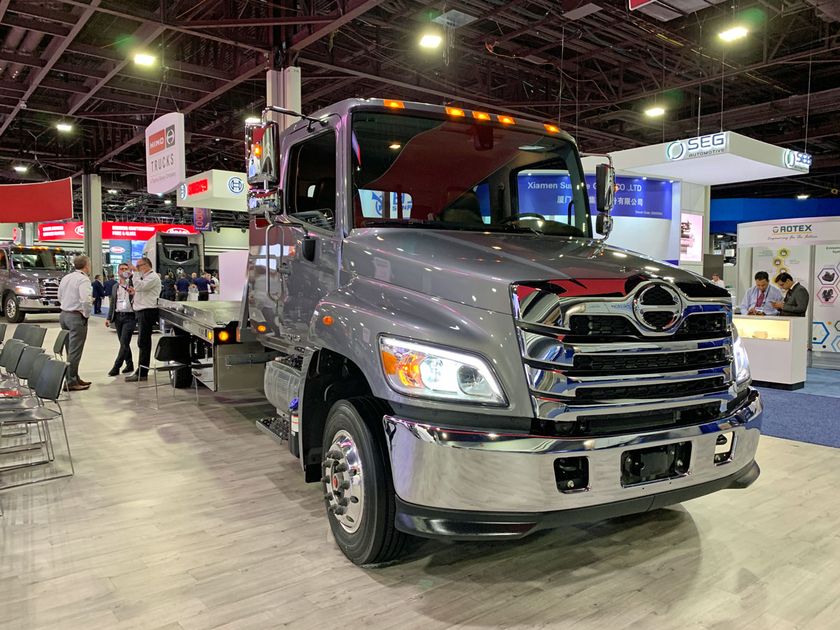 Hino Trucks announced its will produce medium- and heavy-duty Hino trucks with Cummins engines for sale in North America and accelerate its development of battery-electric trucks.

During the virtual 2021 NTEA Work Truck Week, Hino said it intends to offer Cummins B6.7 and L9 engines in Hino’s L and XL Series models by the end of 2021.

Hino plans to redirect the engineering and other resources it would have used to develop engines to accelerate the development of the battery-electric vehicle portion of Project Z, the company’s development path to zero emission vehicles. The company had previously announced plans to develop and produce a full range of Class 4 through 8 battery electric trucks by 2024. It is now planning to begin low-volume production of BEV models in the fourth quarter of 2022, ramping up to full production by the end of 2023.

Hino and Cummins will continue to evaluate additional opportunities to collaborate on powertrain strategies in the future.

Late in 2020, Hino announced it was pausing truck production in the U.S. and Canada until it could meet new 2021-emissions engine certification test requirements for new model years of the A09C, J08E, and J05E Hino diesel engines for North America truck models.

Hino is not the only truck maker turning to Cummins for its medium-duty engines.

“Our industry is in the midst of a generational shift from traditional vehicles to zero emission vehicles,” noted Hino’s Glenn Ellis, Senior VP of Customer Experience. “This new partnership is in line with the recent shift we have seen among other OEMs who are looking to strong industry partners to help offset their growing R&D investments into new ZEVs.”

Last month, Isuzu and Daimler both announced deals with Cummins for medium-duty engines.

Daimler Trucks and Buses announced that Cummins will take over the development, production and delivery of medium-duty engines for its vehicles around the world by the second half of the decade. It said the deal would enable it to accelerate its development efforts on alternative and emerging technologies, including non-diesel engines.