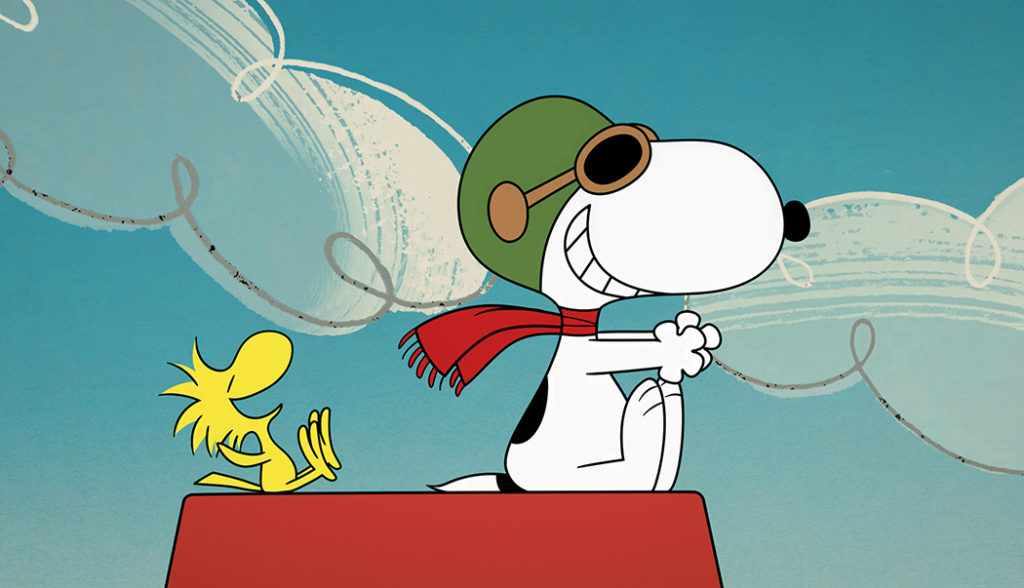 When growing up, Sunday mornings were special.  Us kids would run to the newspaper to read the Sunday comics in color.  Our favorite was about a boy and his dog.  The boy was shy and lacked self-esteem, but he kept hoping every time he would go to kick the football that it would not be snatched away at the last minute.  Nope!  It always was, and he always landed on his back side.  His dog was more intelligent than the boy and, in his mind, would have great adventures.  One of his favorites was being a WWI flying ace, flying his Sopwith Camel, searching for the Red Baron.  Does this sound familiar?  It is Charley Brown and his dog Snoopy in the comic strip Peanuts.  Some of the main characters were Linus, Charley’s best friend, who carried his security blanket wherever he went, his older sister Lucy, who was often mean to Charley and was the one that always pulled that football away at the last second, Schroeder, who is forever bent over his piano, and Sally Brown, Charley’s sister, who always thought Snoopy and his “adventures” were dumb.  Snoopy had a sidekick named Woodstock, a fine feathered friend who follows Snoopy throughout his dreams of an exciting life.  From 1950 to 2000, Charles Schultz delighted us by inviting everyone into this enchanted world.  It started out in seven newspapers, then became nationwide, and then worldwide.  Practically everyone has said “Good Grief” more than once in their life.  In 1960, Snoopy became the mascot for NASA.  The astronauts even wore white and black caps made to look like Snoopy’s ears.  But the creme de la creme was the 1969 precursor to the moon landing – the Apollo 10 flight around the moon.  The command module was named Charley Brown and the lunar module was Snoopy, both orbiting the moon.  So, Mr. Schultz not only made the boy and his dog global but universal.  What an accolade to the comic and creator!  Mr. Schultz died in his sleep on February 12, 2000, and the next day the last original “Peanuts” cartoon was printed.  That boy and his dog are still with us today in comic strips, books, movies, TV shows, and more.  Charley and Snoopy are still with us, our children, and our children’s children.  What a legacy.  We all enjoyed the characters, and they all become part of our lives – and not just on Sundays, “Good Grief!”